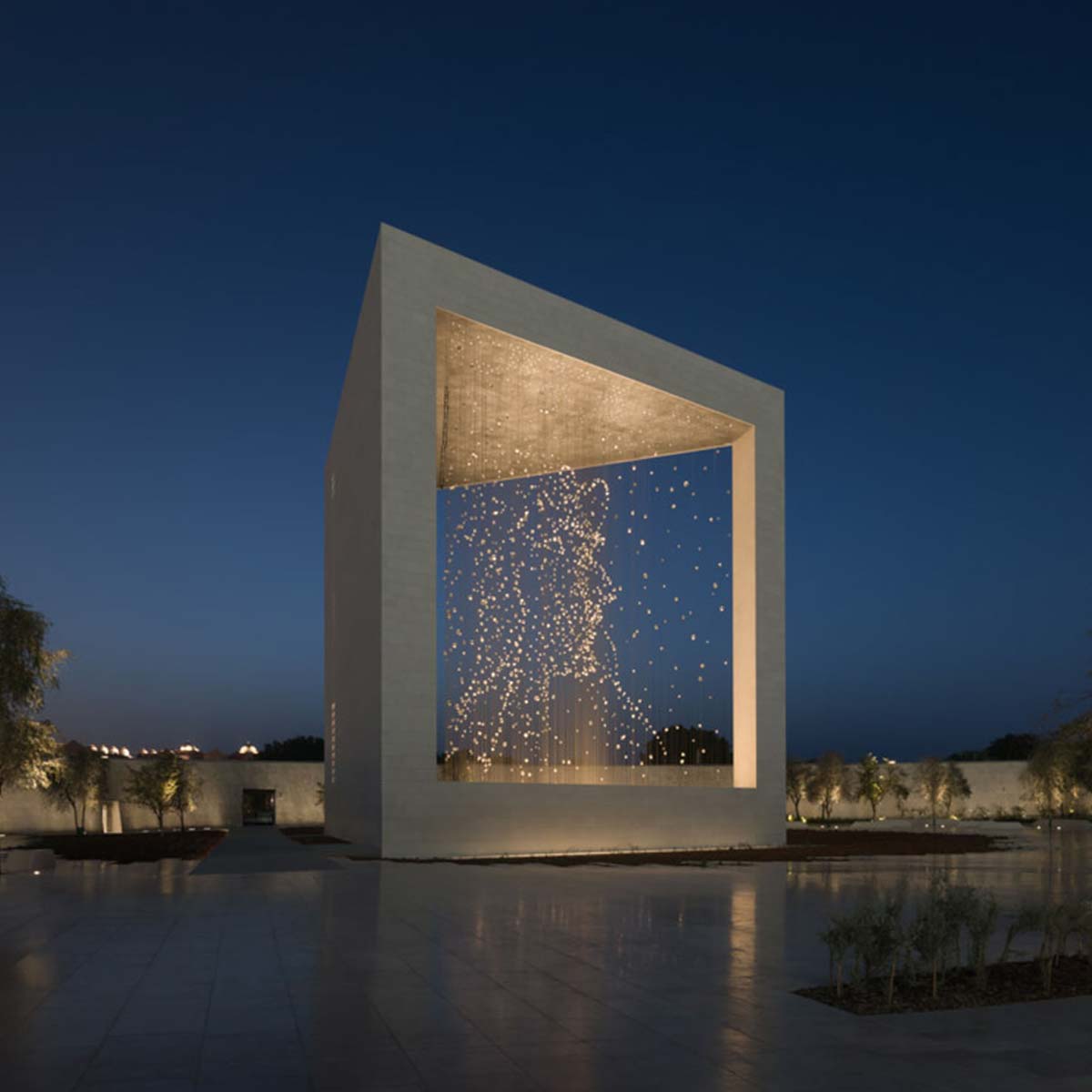 The Founder’s Memorial is a permanent national tribute dedicated to commemorating the life, legacy and values of the late Sheikh Zayed bin Sultan Al Nahyan, the founding father of the UAE. The centrepiece of The Founder’s Memorial is a monumental public artwork named The Constellation, a dynamic three-dimensional portrait of the late Sheikh Zayed that can be experienced differently from multiple viewing points around the memorial. At night, the shapes of The Constellation shine like stars, evoking the timelessness of Sheikh Zayed’s vision as a guiding light for the UAE people.